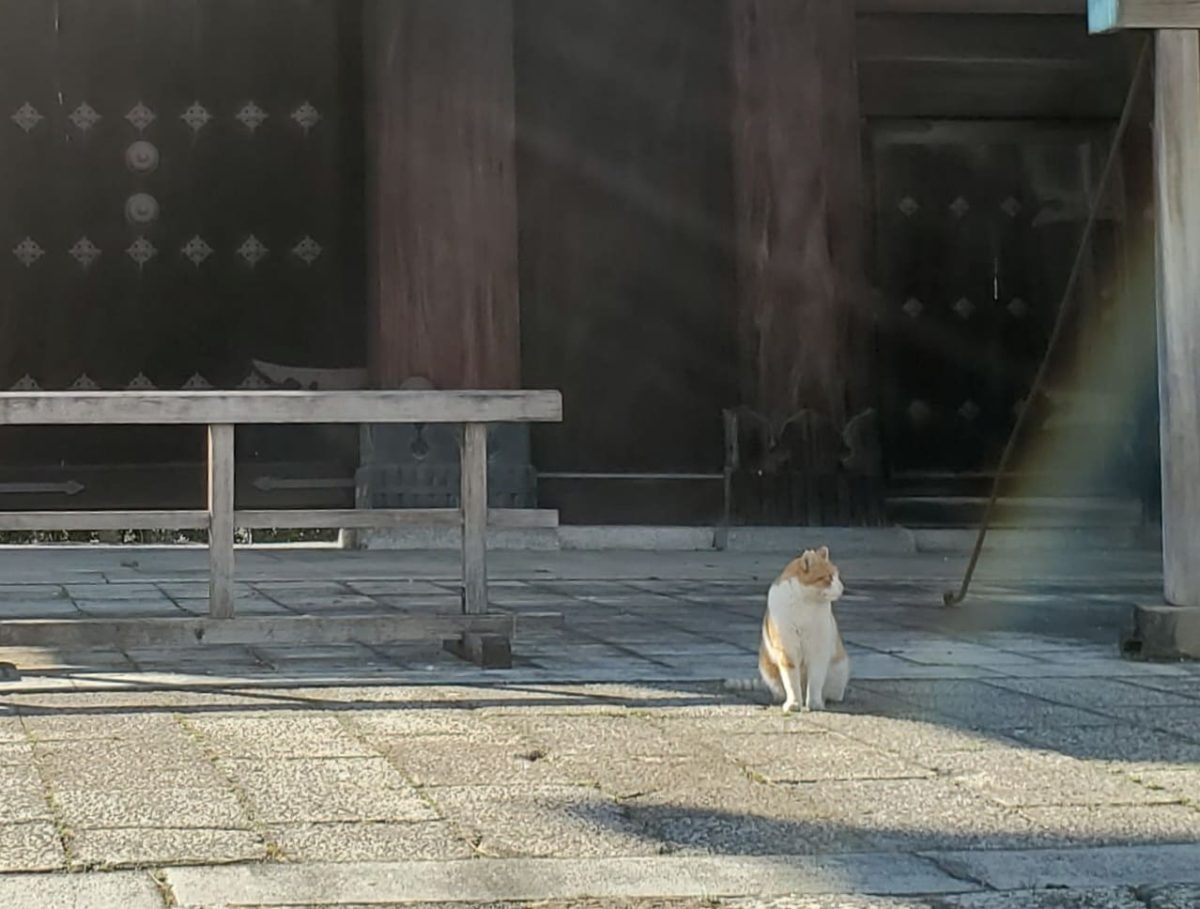 Higashi Honganji Temple may be the first temple you see once you have arrived at Kyoto station.

Passing by Kyoto Tower, you will see the immense Buddhist temple.

This is one of the biggest wooden establishments in the world.

In the moat surrounding the temple live carps and herons, lotus bloom,
and by the north gate along the moat, there are cats chilling and relaxing in late afternoon.

By their shabby look, I imagine they are stray cats but they have mysterious charm to attract people.

In Shintoism, foxes and dogs are often considered as god’s servant, but sometimes I feel that these cats are incarnations of god.

or, they also look like monks on Dhutanga practice and their believers who give alms to accumulate good karma as I see some people sitting by the north gate feeding them everyday.

Now, the cats in question are fed, but they do not seem to flirt with people.
They seems to maintain a good social distance.

Only god knows who or what they really are.